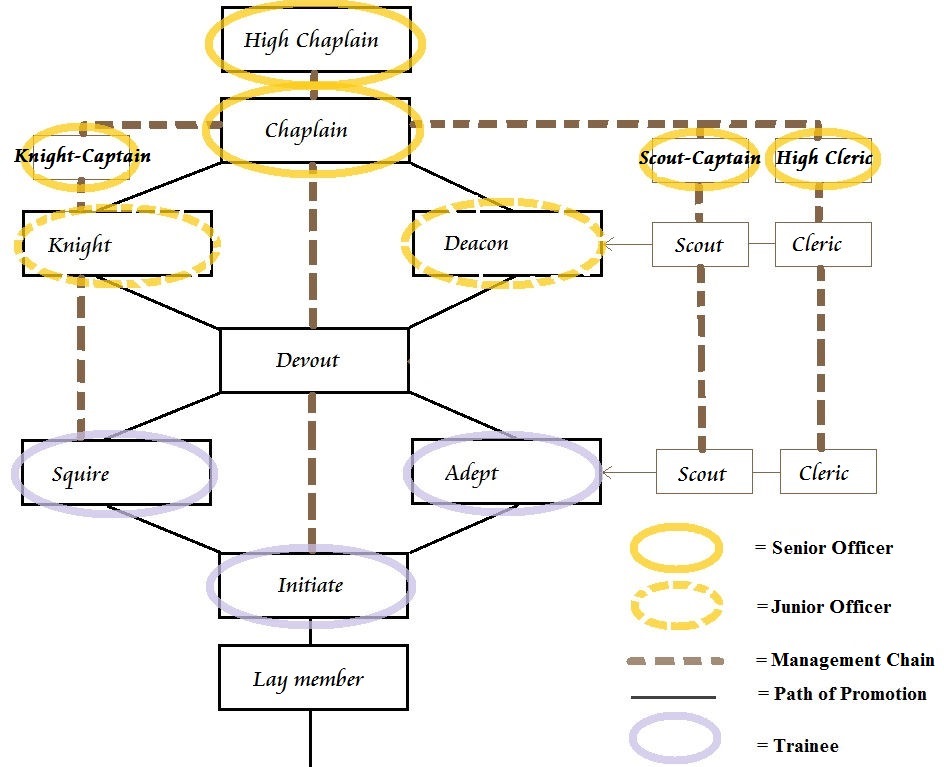 Rookie disciples who have recently joined the Order by passing an interview and filled in an application on the forums. Most initiates will be tasked with learning about the Order, it's history and members, it's code, our beliefs and structure.

When the Initiate has proven his/hers dedication and knowledge about the Order the character gets to choose what trainee rank he/she wants to belong to.